«Classic at The Palace Square» 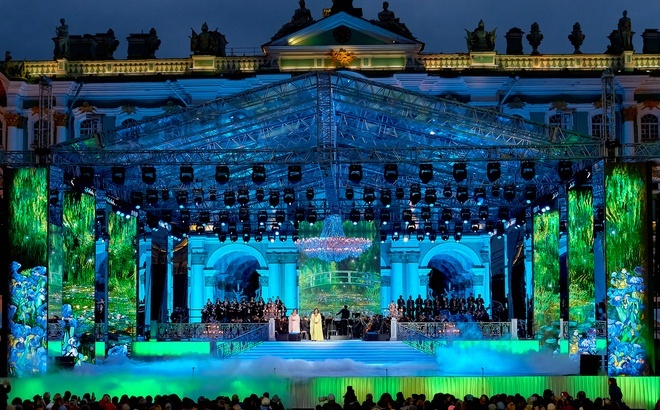 Veronika Dzhioeva will again perform in the already-traditional concert "Classics on the Palace", which will be broadcast on May 27 at 20:00.

This year, due to the pandemic that plunged the world into a new reality, the famous concert will not be able to take place near the walls of the Winter Palace - and, nevertheless, it will take place. Let not at the Palace, but in her honor.

On May 27, at 8 p.m. on air, on the website and on social networks of the St. Petersburg TV channel (VKontakte, Facebook and OK.ru), watch the premiere of the classic concert in honor of the Palace prepared by the Dance Open creative brand by order of the St. Petersburg Culture Committee Petersburg. A popular evening in Russia, a unique show of classical art from St. Petersburg will be dedicated to a festive evening and the Wink Rostelecom online movie theater.

This year, the television format replaced open-air and offered a number of new scenic and directorial advantages: the audience will not only have a festival of opera art, but a real musical and educational performance with vivid episodes of history and truly Petersburg heroes.

Viewers of Rostelecom’s Wink online movie theater will be able to see the recordings of “Classics on the Palace” of previous years, as well as watch the TV version of “Classics - 2019”, which, despite the storm that broke out in the city, took place and gathered more than 150 thousand people on Palace Square in the pouring rain .