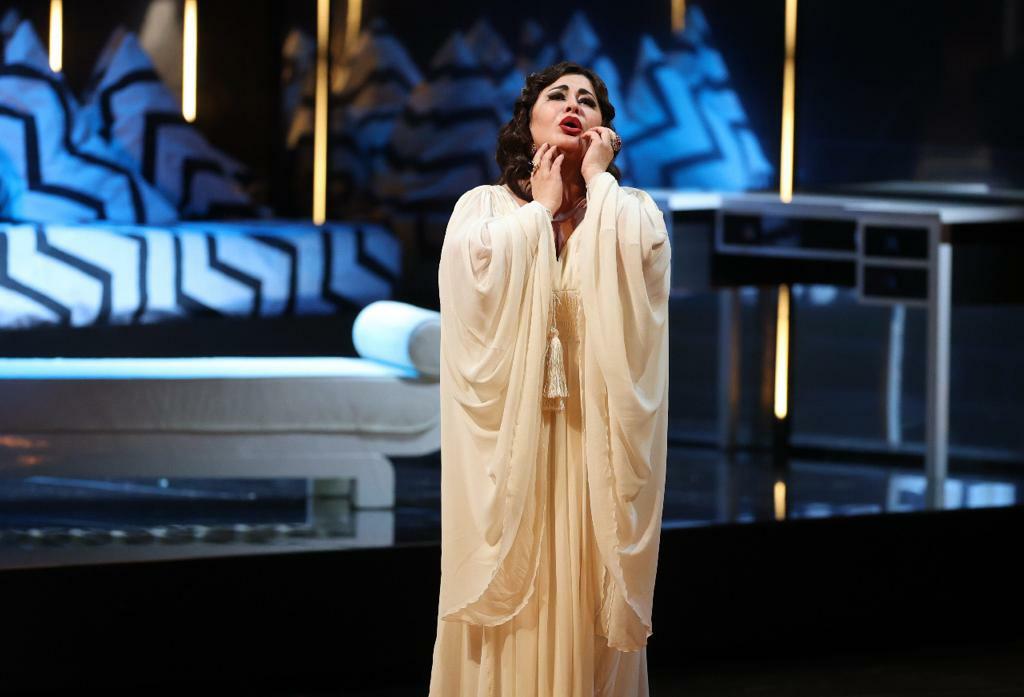 On February 17, the long-awaited debut of Veronica Dzhioeva in Puccini's opera "Manon Lescaut" took place. For the singer, who has conquered the best stages of the world, the first work with the opera of the Mikhailovsky Theater promises to be an important creative event.

- For me it will be a double debut - a debut on the stage of the Mikhailovsky Theater and a debut in the role of Manon Lescaut, - says the prima donna. - I am considered a singer of Puchchini's and Verdi's repertoire, and this will be a big step in my career. The part is very serious, it must be approached very seriously: the cast of singers must be strong. For me, this is a very great joy and a very serious step.

Veronika Dzhioeva, a graduate of the St. Petersburg Conservatory, soloist of the Novosibirsk Opera and Ballet Theater, Honored Artist of Russia, People's Artist of North and South Ossetia, is rarely heard in the Northern capital. A welcome guest of leading opera houses, she plans her performances for years to come. Critics note that the prima donna, "who has turned the heads of a million audience, has a" thick ", flighty, contrasting voice in which black and red, heavenly pleasure and death are mixed."

“Manon is somewhat similar to me,” admits Veronika Dzhioeva. - There are moments in the opera where I recognize myself. Passion and lightness in relation to life, tragedy - and in a second she already came to her senses, saw a new dress - and she already had a different mood. She is a real woman who loves beauty and jewelry. I sang many similar roles - Thais and Manon in the operas by Jules Massenet, Verdi's La Traviata. I think it will be easy for me to play this heroine. I know her from the stage and from life, I feel her.